Back to Hanover / Coronavirus Resources.

“The Animation Show of Shows,” an annual collection of the world’s top animated short films, will be presented Friday, Nov. 15, as part of Hanover College’s Hanover Enrichment Series. The film will be shown at 7 p.m. in Fitzgibbon Recital Hall, Lynn Center for Fine Arts.

For 20 years, “The Animation Show of Shows” has presented innovative short films to appreciative audiences around the world. The series has included 11 Academy Award-winning films and 38 Oscar-nominated works. This fall’s presentation includes 15 unique and thought-provoking animated shorts.

This year’s collection offers films from six countries, including “The Green Bird,” winner of a 2018 Gold Student Academy Award, which uses computer animation in the style of classic mid-20th century cartoons. Also featured is Oscar-winning director John Kahrs’ “Age of Sail,” part of Google’s “Spotlight Stories,” which chronicles an old sailor who rescues a teenage girl.

“The Animation Show of Shows” also explores relationships through Hikari Toriumi’s “Polaris,” about a young polar bear leaving home for the first time, “One Small Step,” Bobby Pontillas and Andrew Chesworth’s inspiring story of a girl’s dream of being an astronaut, and “Weekend” by Trevor Jimenez, which explores the emotions of a boy and his recently divorced parents.

General admission tickets are free, however, patrons are encouraged to reserve seats online in advance. Tickets may be printed or scanned upon entry from a barcode on a mobile phone. [TICKETS]

The Hanover Enrichment Series’ “movie night” is sponsored by Tricia and Will Hagenah, with additional support from German American Bank. 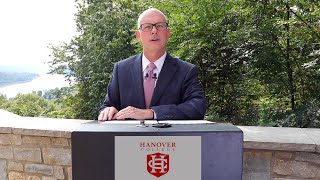